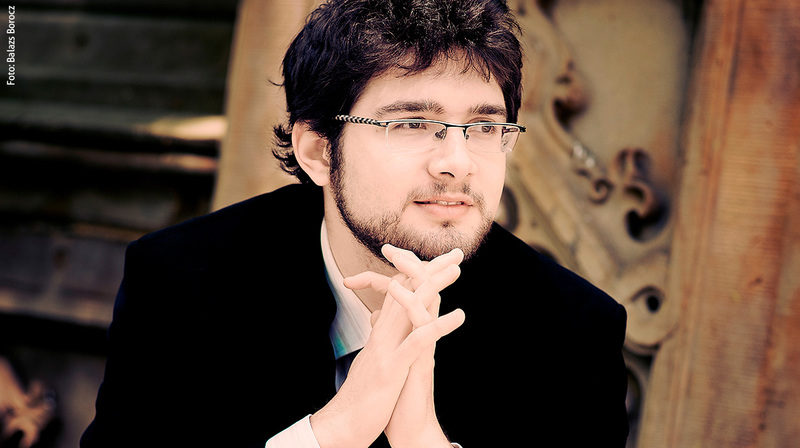 Besides being a phenomenal pianist, Roman Rabinovich is also a painter and composer. These three pillars of his creative life are reflected in the music he plays in the Edesche Concert Hall. Roman went in search of the connections between music and painting. That resulted in a program around Picasso. Roman tells about it: "I wanted to pay a musical homage to my great hero Picasso. He is the type of artist who always amazes you with his incredible imagination. He keeps reinventing himself."

Roman Rabinovich on the similarities between music and visual art:
"There's always a connection. For me, that structure is how the sections of a painting or a piece of music are connected. In order to better understand a piece of music, it helps me by making a visual representation of it."
(Read the interview with Roman Rabinovich)

Each piece on the programme is linked to a painting or a particular period in Picasso's life. Roman tells: "I chose Satie and Stravinsky because Picasso designed the sets for their plays Parade and Pétrouchka. Debussy in turn wrote beautiful music with a Spanish touch and Granados composed almost visual music with his Goyescas. When you hear it, you experience Spain. You can smell the land and see the distinctive costumes in front of you." Especially for this recital Roman has something special in store. He plays one of his own pieces: Capriccio 'Clown on a bicycle'. Wondering what that sounds like? Come and listen!

Roman Rabinovich (1985) was born in Tashkent, the capital of Uzbekistan. At the age of eight the young pianist emigrated to Israel, where he took lessons with Arie Vardi and others. At the age of ten Roman made his debut with the Israeli Philharmonic Orchestra conducted by Zubin Mehta. Another important moment in his career was winning the prestigious Arthur Rubinstein International Piano Master Competition (2008) in Tel Aviv


Obsessed with what isn't there yet

In addition to being a pianist, Roman Rabinovich is also a composer and visual artist. For Roman, playing the piano, painting and composing are seamlessly interwoven. "I'm obsessed with the creative process," he says. "It fascinates me to make something that isn't there yet. That ranges from an empty sheet of music paper to the silence before you start playing. At the same time, I'm an introspective person. I like to create my own world."

Step into the musical world of the famous painter Pablo Picasso. World pianist Roman Rabinovich takes you straight to Spain with music by baroque composer Domenico Zipoli. You can see Picasso's painting 'The old guitarist' in front of you, while enjoying the piece Goyescas by Granados. With Satie's Gnossienne, Debussy's picturesque Estampes and pieces from Stravinsky's ballet Petrushka, you will experience a musical world that Pablo Picasso certainly knew.