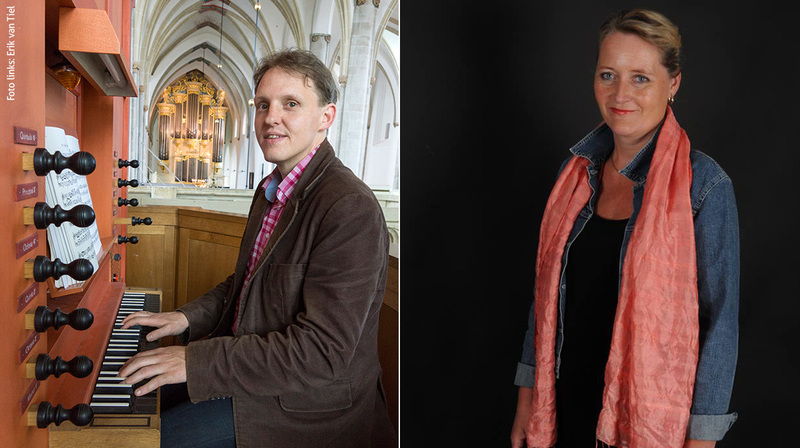 Everything is love is the title of a well-known Dutch film, but it could just as well be the title for this romantic OrgelPlus concert. Soprano Mariët Kaasschieter and organist Rien Donkersloot pay homage to love with music from the nineteenth and twentieth century. A special part of the program are the Four Love Songs by composer and organist Margreeth de Jong. "They are tender songs," says Mariët Kaasschieter. "They're simple in a way, yet very beautiful."

The vocal pieces on the programme are interwoven with the music for organ solo. Mariët Kaasschieter: "We searched for music that is beautiful to sing and that fits well together. For example, Rien plays a prelude by Rachmaninov, after which I sing the well-known Vocalise of Rachmaninov. And he plays a toccata by Hendrik Andriessen, on which I sing the Cantique spirituality of the same composer." OrgelPlus all the way!

Organist Rien Donkersloot and soprano Mariët Kaasschieter bring a hymn to love. With beautiful poems to romantic sounds they show what it's really all about. From Hendrik Andriessen's ear caressing Cantique spirituality, the musicians will take you to the music of Louis Vierne. His piece Les Angélus paints a softly ringing bell in the morning and evening twilight. The program ends with the Four Love Songs by Margreeth de Jong. But perhaps Rachmaninov's wordless Vocalise comes closest to the experience of love. For say now, for true love, every word falls short