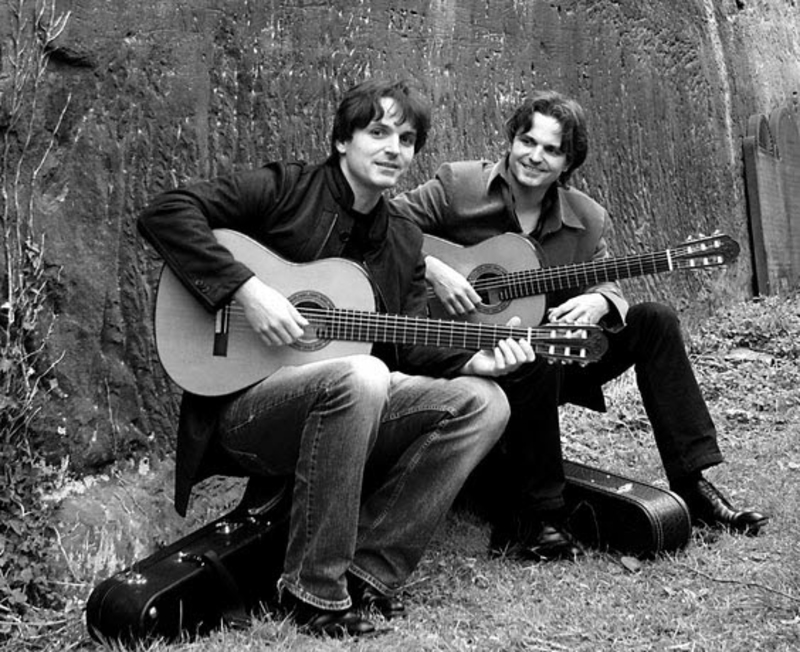 The guitar is such a versatile instrument that you can play almost anything on it. The Katona Twins will bring a lot of different kinds of pieces for this recital. But if there's one thing that connects all this music, it's that you can almost or sometimes even completely dance to it. Through Bach's baroque French dances, the Katona Twins take you to the gypsy dances of Spaniard Manuel de Falla and their Hungarian compatriot Zoltán Kodály.

'It's in the family'; that certainly applies to the brothers Peter and Zoltán Katona. Like identical twins, guitar playing is proverbially in their blood. They started it when they were ten and they didn't stop. They received their first lessons at the Béla Bartók Music School in their hometown Budapest, after which they completed their studies at the renowned Royal Academy of Music in London. Meanwhile, it was raining prizes. In 1993 they won the First Prize of the French Competition International de Guitarre en Duo, followed by the Cultural Prize of Kassel (1993) and the important Borletti-Buitoni Prize (2004).

Listen to the Katona Twins in the tranquil 'Oriental' by Spanish composer Enrique Granados.

They fell for the warm sound of the classical guitar, but still... as teenagers, the Katona Twins knew how to use the electric guitar and popular music. This musical breadth can be heard in this world famous classical guitar duo. After the subdued music of Bach's French Suite, Manuel de Falla sounds fierce in the El amor brujo. In the exhilarating Dances from Galántha by their compatriot Zoltán Kodály, the Katonas even sound like an entire orchestra.